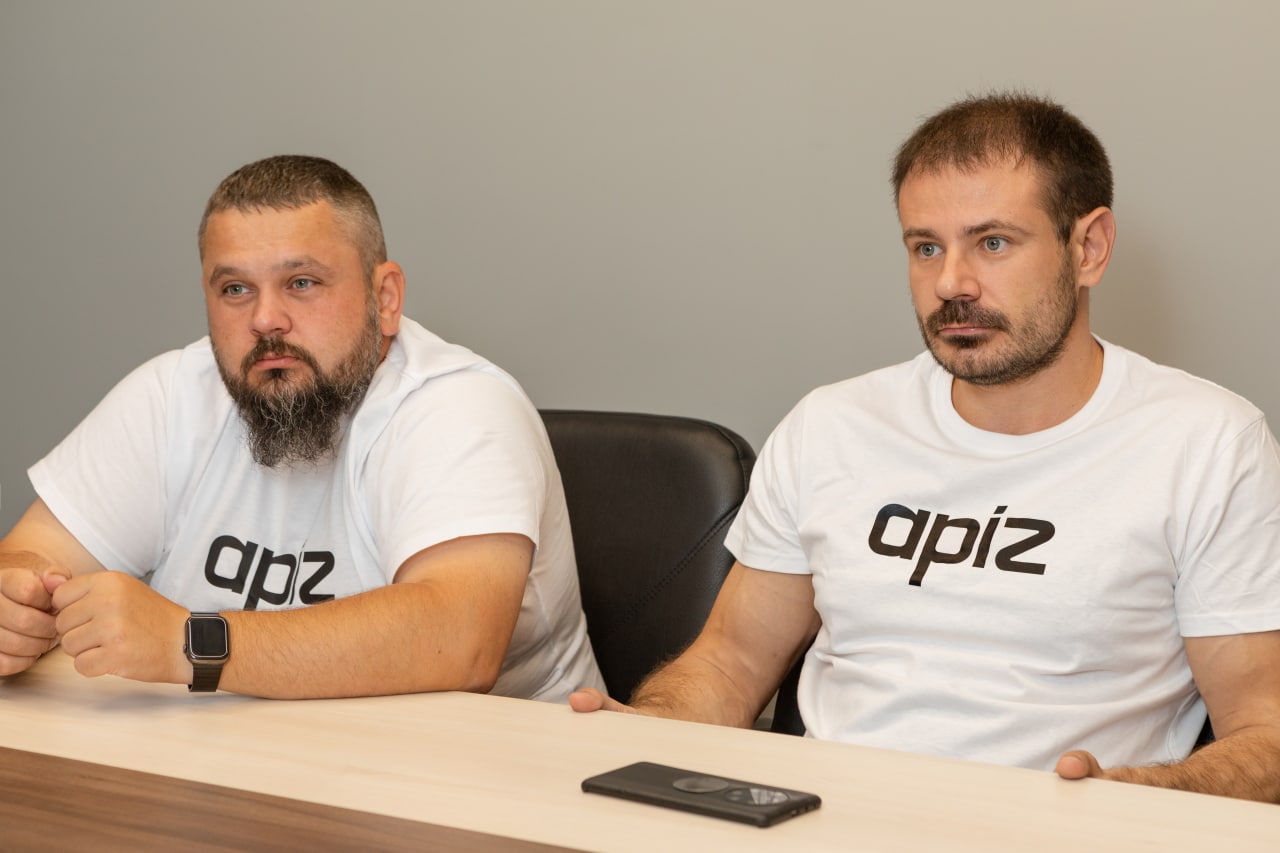 Today we were given a unique opportunity to interview the main masterminds and founders of the APIZ project about creating the world's first industrial cycle apiary, Igor Ganea and Daniil Mosco.

Igor Ganea, who started his career as an entrepreneur in distant China 15 years ago with a budget of $5,000, today is the owner of a group of companies with branches in more than 10 countries around the world in various business areas, from agriculture to crypto mining.

Daniil Mosco has been setting up game servers since the dawn of computer technology, which led him to create his own IT company, which employs almost a hundred talented developers.

Let’s go deep into the details to find out how it all began.

In the distant 2000s, at the dawn of the Internet cafes boom and the first online hangouts, even before the appearance of such giants as Facebook and VK. Igor, like me, was a regular at the party.

We were all wild with enthusiasm. We had a team that dealt with hardware, software, rules, and moderation. Igor was the leader of one of the largest in-game unions. We had to interact often, as he represented the interests of most of the players. Business cooperation was the beginning of our acquaintance.

We managed to gather a large online community around MMORPG games, Mu online, and later LineAge. The total number of registered users was about 50,000. That was incredible!

I found a couple of links to the web archive:

For me, this meeting 20 years ago was very pleasant, although we both had completely different statuses at that time. When I was still a teenage nerd of 13-14 years old, Daniil was already a fulfilled personality. He arrived at us driving a “Zhiguli” six model and was already versed in programming. For all of us, Daniil seemed like a man from another planet because he not only knew much about computers but also understood all the ins and outs.

2. How did you get the idea for ​​the APIZ project? Who was behind this whole project idea?

We have not only the skills of building algorithmic decision-making systems behind us but also the experience of interaction with the stock exchange. We went deep inside the beekeeping topic from a technical point of view. Very few people in the world have considered the issue of “apiary management” using IT technologies implementation, and those few projects exploring this field haven’t done it massively, analyzing in detail the data coming from thousands of beehives in real-time. Igor got excited about this idea and suggested we deal with the IT part. I must admit that I liked this challenge. It’s complex and large-scale, starting from the moment of developing your own devices and ending with a system for collecting and analyzing the data received. Soon we came to the conclusion that we could further develop the project at the next stage. And finally, all of this was embodied in the APIZ project.

When we realized that the world of cryptocurrency is the future, a huge amount of work has been done in this direction, and both positive and negative experiences have been received. But we’ve always been very embarrassed by the fact that we were dealing with someone else’s stuff: someone else’s projects and ideas, someone else’s opportunities. We were clear in our minds about the internal principles of work but couldn't decide to take our path independently. At that moment, when we were either embarrassed or annoyed about the current situation, we decided to create something of our own. Considering Danil's crazy background and experience, a massively strong and motivated team, my own experience in a thriving offline business, and a competent approach to management and marketing strategy, we decided: why don’t we try? Let's go ahead and show them how to do cool projects.

3. What is the APIZ project for you?

First of all, this is a community that fully shares our goals and is steadily moving towards their implementation, helping and supporting us. These are apiaries in different countries, bees that work tirelessly, pollinating flowering gardens and collecting honey. This is our crew, with which we solve the tasks every day and move forward. These are new technologies, hundreds of prototypes assembled by our engineers, thousands of lines of code, crypto and blockchain tools. It’s a constant search for an effective solution. And this is a significant part of my life.

First of all, this is a challenge for me personally in everything. Each of us coming into this world doesn’t want to exist here for a very short time, from the perspective of the entire world history. The most offensive thing is - to be born, live, and go to another world, leaving behind nothing. Therefore, APIZ is a challenge! A challenge to the whole world from a single person who wants to change for the better and bring his ideas to life to make the world a fairer and better place. We’ll definitely do it together!

4. What were your concerns at the launch stage?

I thought people would not be interested in bees and would fail to understand how important this topic is. But now, I see a keen interest among those who are already with us, which motivates us to move forward without slowing down.

Of course, at the moment of launch, there are always doubts that you are not strong enough, you are not smart enough, or you do not have enough arguments and strength of mind because the world is quite unpredictable. In fact, I think this is the right feeling because you should always feel a little quaking in your boots. If you are overconfident, you can definitely start making odd mistakes that almost always ruin great and interesting projects. So, of course, there are concerns, but these concerns only make us stronger.

5. What will be an indicator of the successful implementation of the project for you?

Our goal is outlined in the roadmap - to create a million hives apiary. I believe it is achievable.

Achieving the objectives of our project is described in detail in the roadmap. In addition, I want to get both numbers and spiritual satisfaction from implementing this project: to travel the path of studying, creating, improving what beekeeping can give, and trying to make this world a little better.